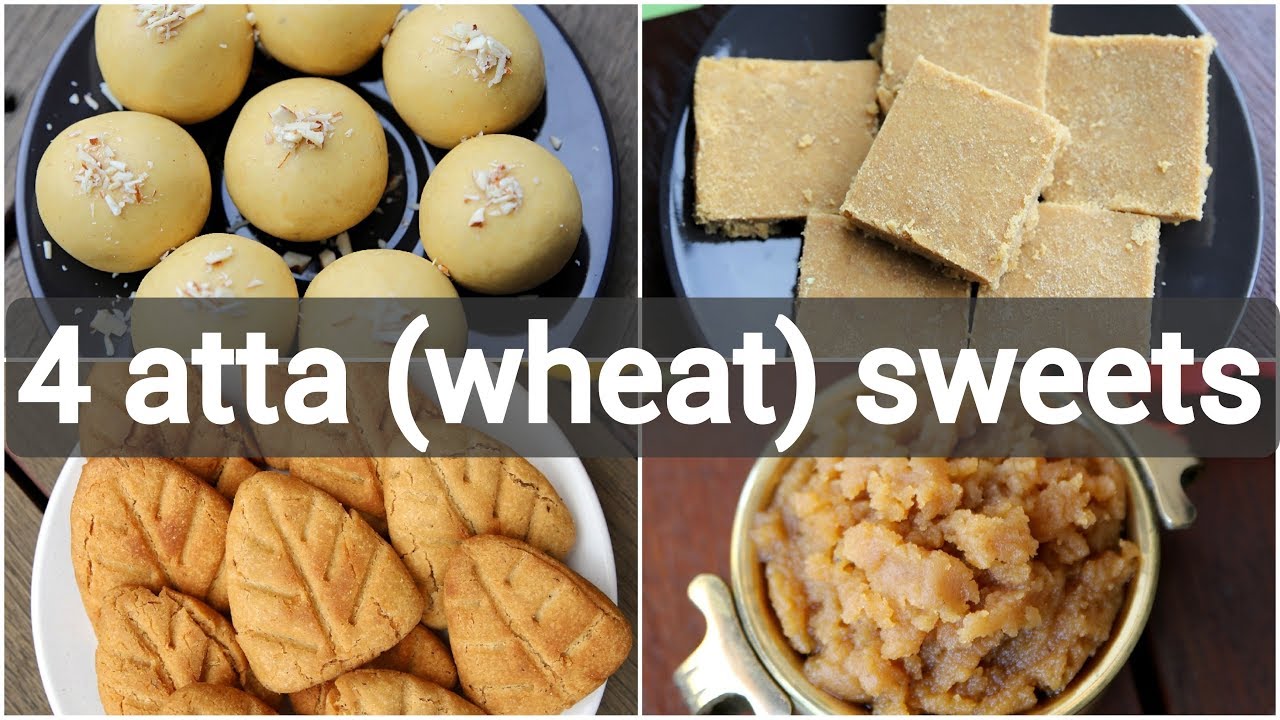 atta ladoo recipe | atta besasn ladoo | wheat laddu recipe with detailed photo and video recipe. a simple and healthy ladoo recipe made with wheat flour, besan flour and powdered sugar. it is healthy sweet compared to other traditional ladoo recipes, as it is made from atta or wheat flour. it is an ideal sweet recipe for the festival season, as it can be easily made and shared with friends and family. atta ladoo recipe | atta besasn ladoo | wheat laddu recipe with step by step photo and video recipe. sweet recipes are very essential within indian diaspora, especially during festival time. these are generally made with a huge amount of sugar, ghee and other unhealthy ingredients. but there are quite a few healthy sweets and atta ladoo recipe is one such recipe made with minimal ingredients.

thekua recipe | khajur recipe | bihari khasta thekua recipe with detailed photo and video recipe. a traditional and unique deep fried sweet recipe made with wheat flour and sugar. it belongs to bihari cuisine and in bihar it is served as an evening snack similar to biscuits or cookies. it is also used as prasad and served to gods especially during the chhath puja and served in the feast. thekua recipe | khajur recipe | bihari khasta thekua recipe with step by step photo and video recipe. each state of india has its own unique traditional recipes which have been carried by generations. some recipes are either savoury, dessert recipes or it could be a morning breakfast. one such easy and simple sweet snack recipe is known as thekua recipe or khajur recipe made with wheat flour.